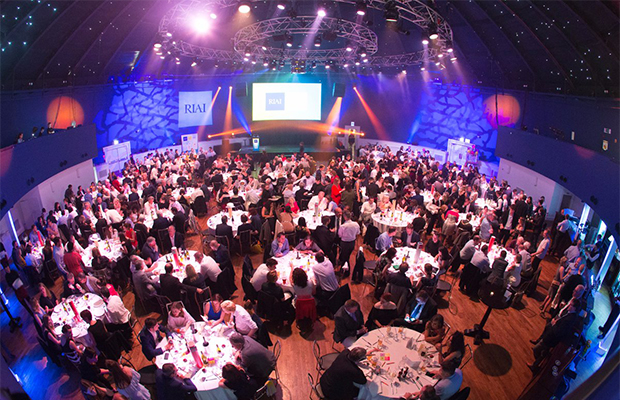 International flooring specialists Gerflor are proud once again to be the headline premium sponsor supporting the Royal Institute of the Architects of Ireland’s (RIAI) Irish Architecture Awards 2018, the premier architectural awards in Ireland.

The RIAI is the professional Institute for Architects in Ireland and its purpose is to drive excellence in the built environment. The RIAI Irish Architecture Awards play a central role in this objective.  Now in their 29th year, the purpose of the Awards is to promote and celebrate the quality of current work by RIAI Members at home and abroad and to create awareness of the contribution that architects make to society for everyone’s benefit. The RIAI Awards are considered by both the public and the profession as the most valued architecture awards in Ireland, resulting in strong promotion of the value of good architecture.

The RIAI Awards promote the best of the best and the 14 categories include: Commercial/Retail projects through to Education, Health, Housing, Public Buildings and Sustainability. The annual awards are therefore very prestigious and the competition for shortlisting is extremely fierce.

Sponsoring these awards again, is for Gerflor, synonymous with their commitment to quality, innovation and engagement with the architectural community. Malcolm McClure, Irish National Sales Manager, alludes to this relationship when commenting: “Gerflor is so very pleased that the 2018 awards will continue our close and mutually rewarding connection with the RIAI. We are excited to be involved and look forward enormously to the culmination of the Awards process when we join with the profession to celebrate creativity together.”

Kathryn Meghen, CEO of the RIAI, said: “We are delighted about our partnership with Gerflor in the RIAI Irish Architecture Awards. Over the past three years, we have developed the awards into a fantastic campaign that culminates in the popular RIAI Awards Summer Party and Gerflor have been part of this success story.”

New for 2018 will be the introduction of features to further enhance the RIAI Architecture Awards including: Jury visits to projects prior to shortlisting, each category may now have more than one award. In the Commercial and Fit-Out categories, the jury may make separate awards for projects of different scales and complexity.

The programme which started in January of this year called for all entries to be made, and entries will close on 5 March 2018. The Winners will be announced at a gala event on 8 June in the Round Room at the Mansion House, Dublin.

Learn more about Gerflor solutions, ask for a free sample or contact us to speak to a specialist today by calling 01926 622 600, emailing contractuk@gerflor.com, or visiting gerflor.co.uk for the latest innovations.